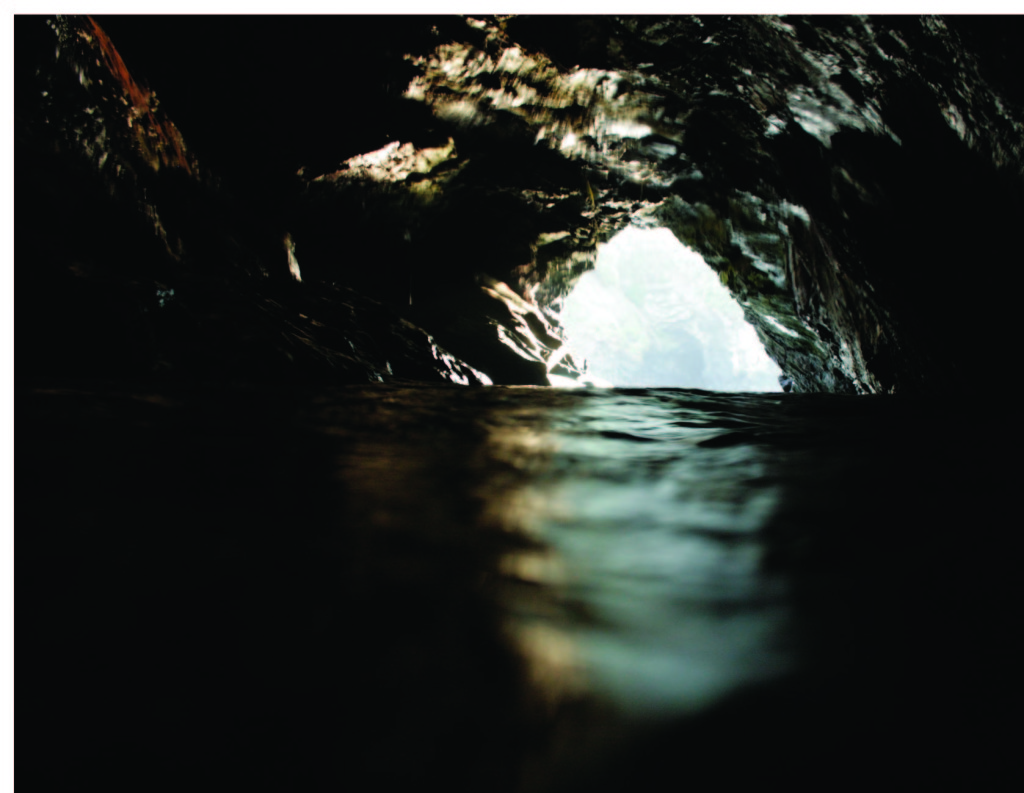 Premiered as part of ‘Rocks’ (cur.Judith Frost) Bridport Arts Centre, then together with Crispin Hughes’ large, composite still photographs at Photofusion, London, and at Peninsula Arts in Plymouth as part of our joint exhibition ‘Stone Hole’

“The calm is so calm – and then the chaos just feels unspeakable. Terrifying….
ultimately such perceptions concern not a naive confrontation with Nature,
but what we perceive knowledge to be” Jenny Turner

“Timelapse photography and film carry the expectation of a fixed or at least predictable camera position. My first works along this part of the Cornish coast were simple, very controlled observations of tides and the moon. Spending extended periods in sea-caves I realised that the seductive danger of the rising tide did not have to be a limiting factor – it was actually my subject. And that surrendering control was part of the point.” – gallery brochure