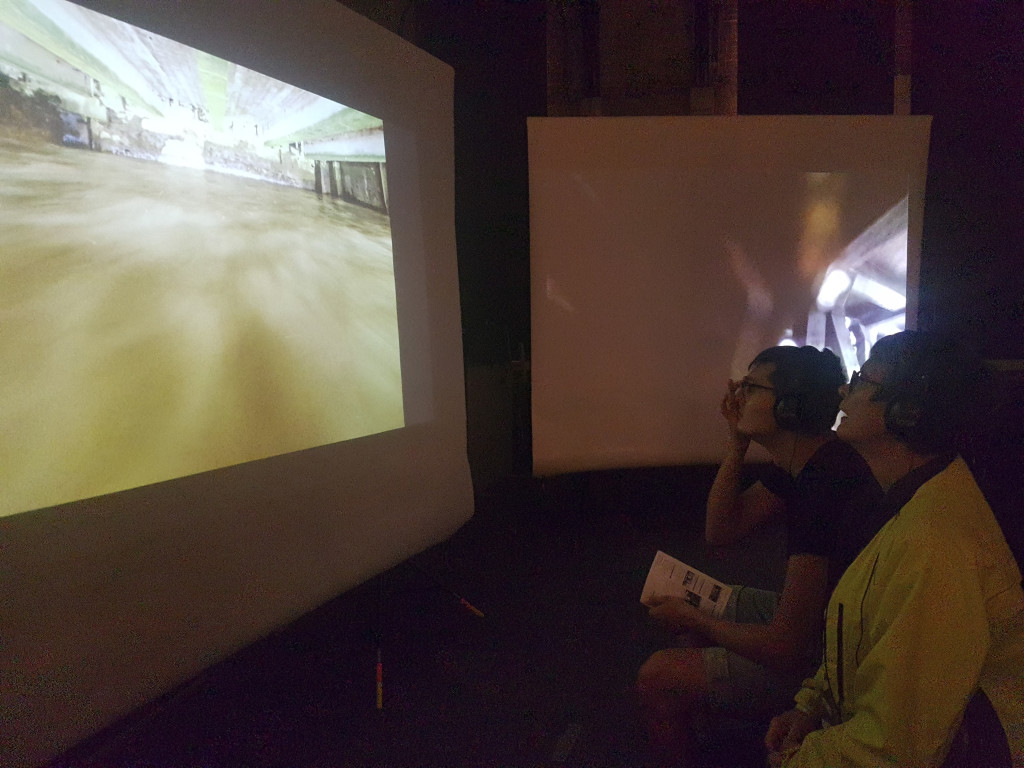 Then the show rolled up into a van and re-emerged into the Brunel Museum‘s wonderful Sinking Shaft, Rotherhithe. Good to show the work underground, below the level of the Thames, where stunning acoustics held the ambient soundtrack beautifully. (The Shaft is building a name as a live music venue since the new staircase made it more accessible.) Meanwhile headphones on the audio benches blocked out the sound of the trains running in the tunnel underfoot, when viewers needed to get mindful and attend to each individual stereo projection. 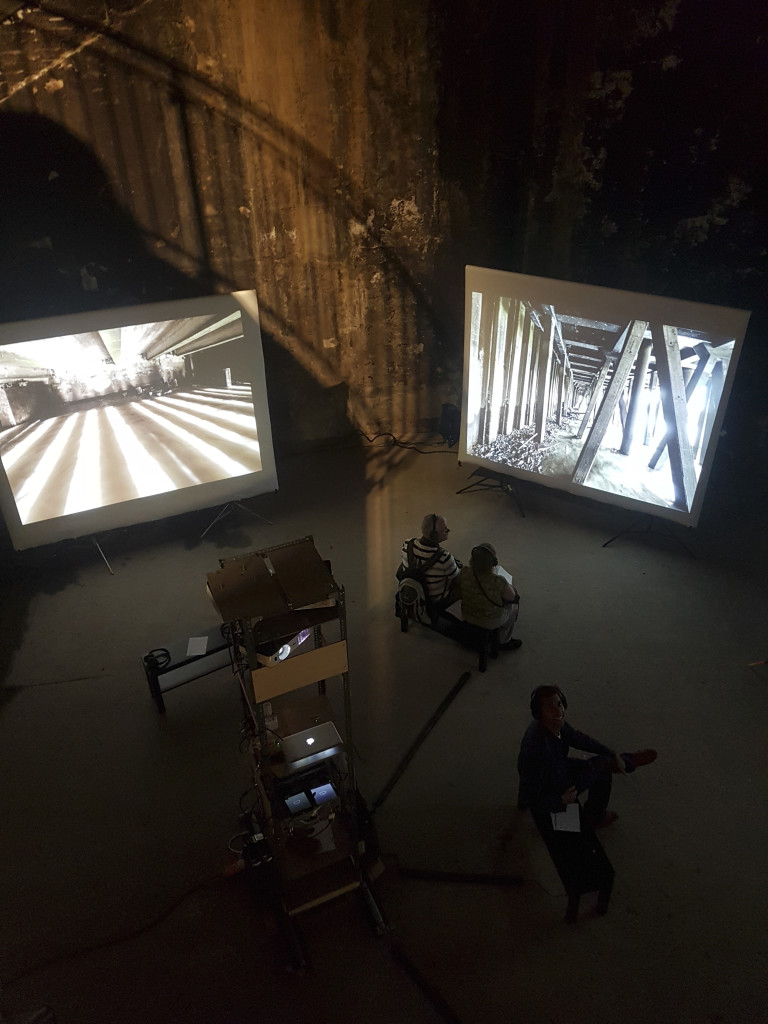 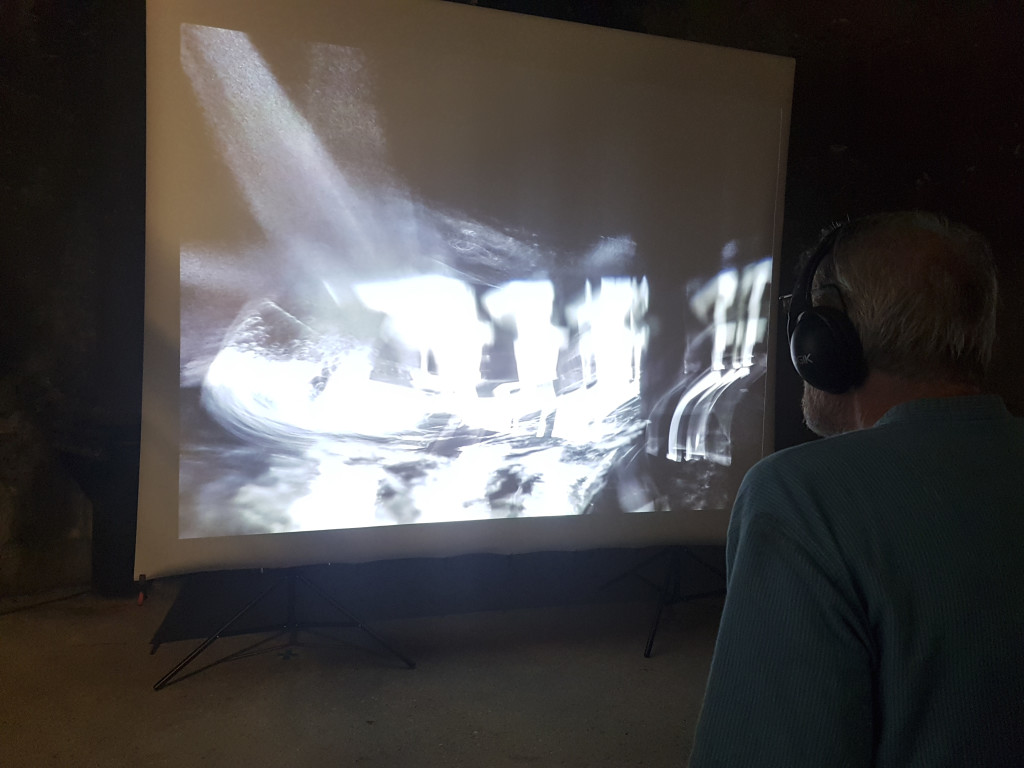 UCL’s Bartlett School of Architecture brought a radically different feel & audience – postgraduate students, staff and professors looking at natural forces at work in built environments. Had some great conversations, including the notion of ‘immersion’ and virtual reality without a VR-style headset 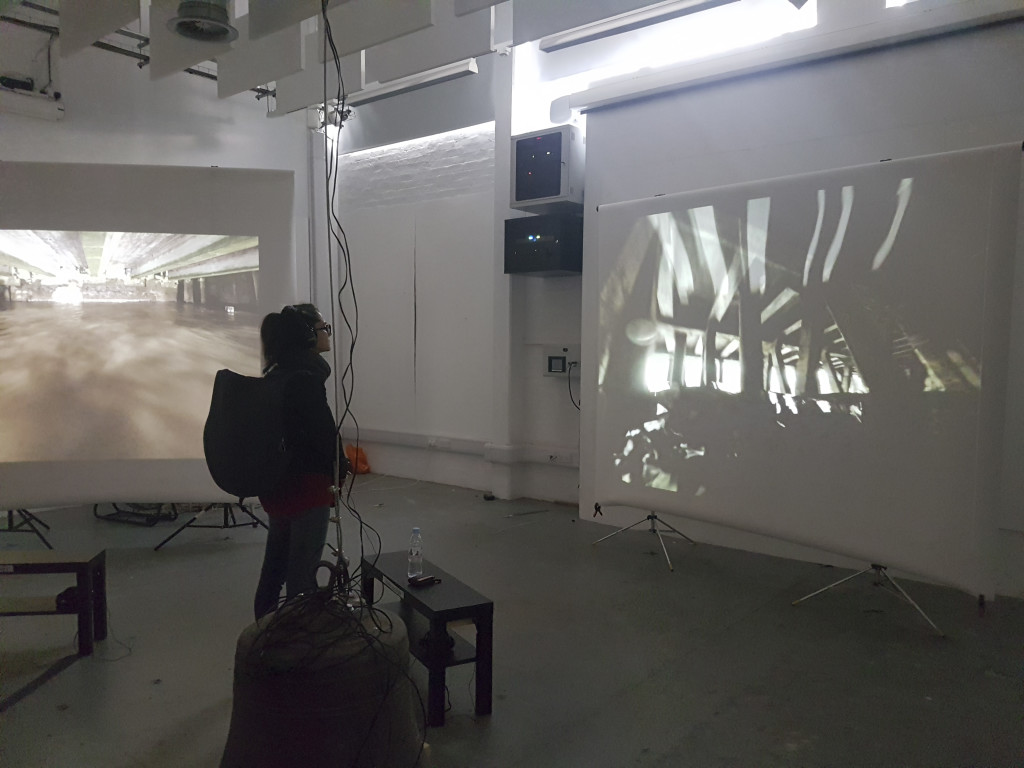 Into October, and installation at Crossness Pumping Station – built so that Thames tides could flush London clean. The engine house is only open a few dozen times a year, but volunteers helped black out the Victorian/Romanesque windows at one end for five distinct and different days of visitors; bus tours, engineering enthusiasts, some more architecture students and the occasional retired lighterman. Nearly time to put the show to bed again, with 2017 to prepare for. 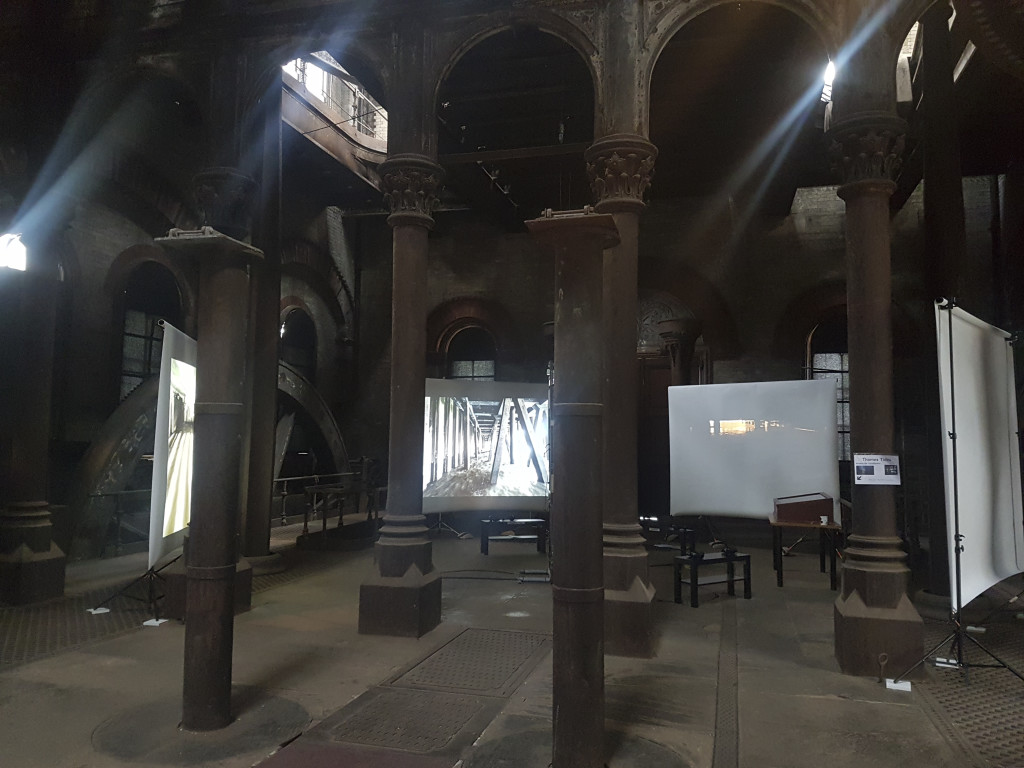 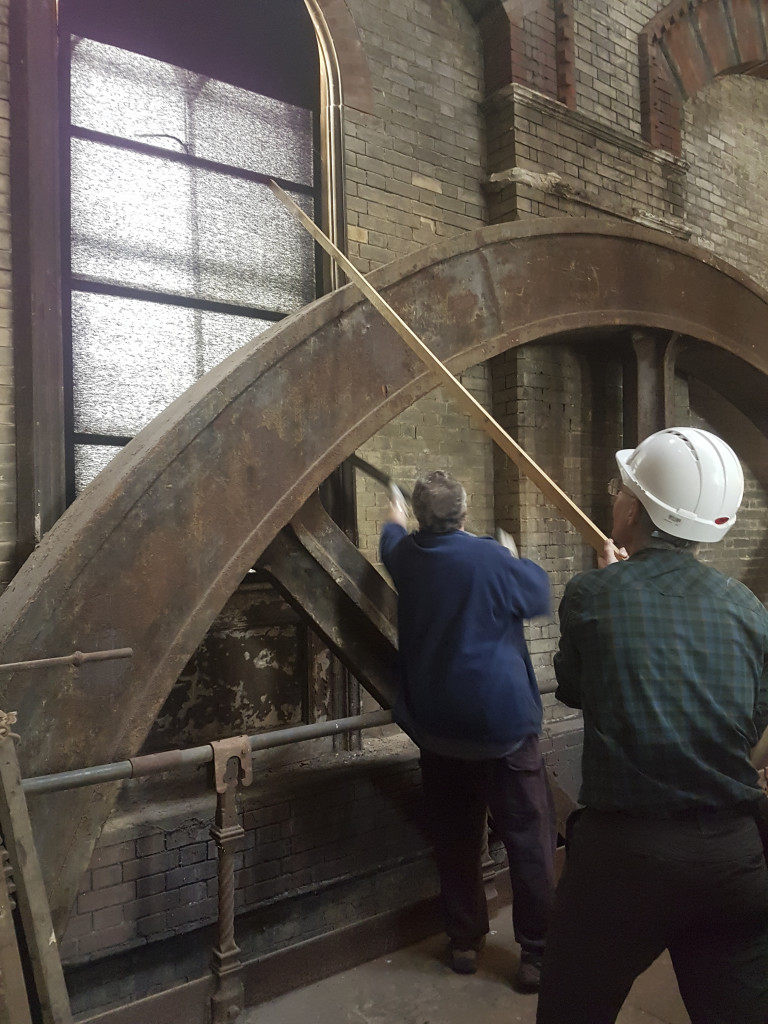