Co-directed with Stephen Blakeway, in Edinburgh
As a vet, Stephen was already familiar to many of the homeless humans and dogs we filmed with.
We didn’t invade the lives of people on the street, just gave them time to talk about love.

Time Out liked the broadcast in Oct.2013: 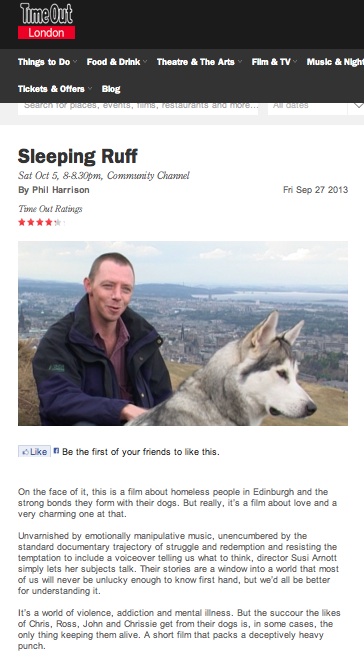